Lysosomal resident proteins are synthesized in the endoplasmic reticulum, transferred to the trans-Golgi network (TGN), and from here to lysosomes. The best understood TGN-to-lysosome pathway is mannose 6-phosphate receptor (MPR) dependent transport of lysosomal hydrolases, but relatively little is known on MPR-independent TGN-to-lysosome transport pathways. Recently, we identified a MPR-independent pathway, which we refer to as LAMP (lysosome associated membrane proteins) pathway. The central vehicles in this pathway are 200 nm sized, non-coated carriers, which form at the TGN and fuse with late endosomes. In human cells they transport LAMP-1 and LAMP-2 and our preliminary data suggest that they also carry lysosomal integral membrane protein-2 (LIMP-2) and its ligand glucocerebrosidase (GBA). In Drosophila, the LAMP pathway is furthermore required for transport of the V0-ATPase and the cholesterol transporter protein Niemann Pick C1 (NPC1). Fusion of LAMP carriers with late endosomes requires the tethering protein VPS41. Recently, 3 patients with mutations in VPS41 were identified which show symptoms similar to Parkinson’s disease. Interestingly, GBA (causative gene for the lysosomal storage disorder Gaucher disease) and NPC1 (causative gene for the lysosomal storage disorder NPC1 disease) are also implicated in Parkinson’s disease. These data imply an important role for the LAMP pathway in transport of lysosomal proteins and suggest that mutations in GBA, NPC1 and VPS41 may lead to overlapping pathomechanisms.

The objectives of this project are to characterize the molecular machinery of the LAMP pathway, identify its cargo proteins and reveal its role in lysosome and cellular physiology. Moreover, we will make our own extensive expertise in electron microscopy (EM) available to this consortium. 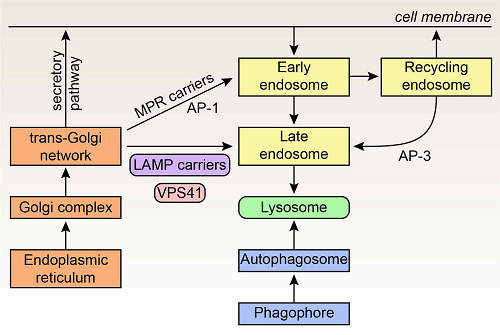 Project summary. Transport of lysosomal proteins from the trans-Golgi network to the endo-lysosomal pathway occurs via the well-established mannose 6-phosphate (MPR) pathway or via VPS41-dependent LAMP carriers recently identified by our lab. The aim of the project is to understand the function and regulation of the LAMP carrier pathway. 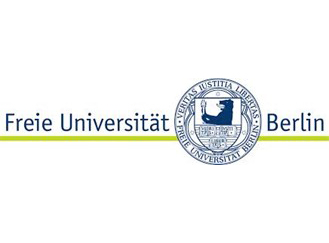